Recently we chatted with Fresno romance author and local actor, Gabriela Lawson, about her writing and her new book A Count’s Caress. Details on how to enter to win an ebook copy of A Count’s Caress at the end of this interview, along with a link to purchase the book.

KRL: How and when did you first get into writing?

Gabriela: I have always had a penchant for creative writing. I love reading and storytelling and it was a natural progression for me. The first time I ever attempted it seriously however would have to be about ten years ago when I drafted my first manuscript, which I did mostly on a dare. My husband at the time (now my ex) said he would never read a romance novel – which have always been my favorite – because they are too silly and trashy. I asked him if he would read a romance if I wrote one and he said “Yes, of course” but essentially pooh-poohed the notion that I ever would. But I did. That was my first novel, A Pirate’s Promise, which was published two years ago. 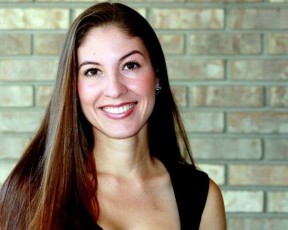 KRL: Did you always want to write a novel or have you done other types of writing as well?

Gabriela Lawson: I have written short stories and some poetry, but historical romance is really where my heart lies.

KRL: I know you have been an actor for many years. Did you ever think about writing a play rather than a novel?

Gabriela Lawson: I have written plays before, but only ever as assignments back during my school days. I absolutely love how plays tell stories, both as a performer and as an audience member, but writing them is trickier for me. It is a very different, less linear form of writing that really demands finesse and a vision at which I am tragically unskilled. It may be a good challenge for the future however. I do have a great and deep love for the theatre.

Gabriela Lawson: Why romance? What can I say? I’m a sucker for a happy ending. I love love and I find romantic novels generally to be very emotionally satisfying. I understand the importance of more complicated literature. I do read classics and dramas, but I have no shame in admitting that romance is my favorite genre because of its purity, simplicity, and the predictability of good guys winning and bad guys getting their just desserts. Real life can be hard and messy. So, I like my entertainment unabashedly idealistic. It’s a beautiful escape; hopeful and uplifting.

KRL: Please tell us about your latest book?

Gabriela Lawson: A Count’s Caress is the story of a young English debutante, Laureene Douglas, who travels to France with her father. While there, she meets and falls in love with a French count, Remi Laroche, who seems to care for her, but has a secret from his past that keeps him distant. Just as they are beginning to develop a genuine relationship that could become more, the second round of the Napoleonic Wars break out and Laureene must flee France or risk becoming a prisoner of war. She is forced to leave Remi behind and may never see him again.

KRL: How did you come up with the plot?

Gabriela: I knew after writing A Pirate’s Promise that I wanted to write Laureene’s story. She is very different from Elizabeth (the heroine from the first book), so I knew that it would be a very new and dissimilar experience to explore how her own love story would go. Then I just took a look at what the social climate and current events were like at the time and decided that using the Napoleonic Wars to create conflict was an obvious choice and a nice fit. The plot sort of just developed around that. Resolving the conflict was a far more challenging matter as it turned out! But I really like how it all came together in the end.

KRL: Does it tie in to your first book, or is it a stand alone?

Gabriela: It ties in, but is definitely not a sequel per se. Technically, I believe it would be considered a spin-off. A Count’s Caress can be an independent read, but there are characters from A Pirate’s Promise who make an appearance, so it’s probably more fun to see the crossover if you are familiar with them from the first book.

KRL: What kind of research did you have to do for this one?

Gabriela: Getting factual dates and events for the war, brushing up on the class systems and titles for both the French and British aristocracy, learning about the fashion of the times, and examining the intricacies of Regency etiquette were all things that I researched. The book doesn’t read as a history lesson I hope, but quite a bit of studying went into trying to get things right, while also of course taking artistic liberties to enhance the entertainment value.

KRL: When did it come out?

KRL: Was it easier the second time around?

Gabriela: I think as far as the story-boarding and storytelling aspect of it goes, it was an easier experience. The researching was actually more demanding though. In A Pirate’s Promise they spent most of their time on a pirate ship, so current events and social expectations didn’t really matter very much and neither of the leads in that book cared about fashion or decorum anyway. In A Count’s Caress we have two characters paying attention to propriety and gentility, but find themselves in extraordinary circumstances where social graces fall away, where attraction and humanity take over.

KRL: How long did it take to write this one?

Gabriela: About a year and a half.

KRL: Do you have a writing routine?

Gabriela: Sadly, no. As with any other pursuit that is not yet a full time endeavor, I make the time for writing when I can.

KRL: Do you outline?

Gabriela: I call it story-boarding, but yes. I timeline the events of the plot loosely and then make fun discoveries as I go. One of the most interesting things to me is meeting new characters. Often even I am surprised by the personalities that develop in unlikely places. A Count’s Caress has several supporting characters that I find really fun and charming, but didn’t necessarily plan it that way.

KRL: Would you ever consider writing any other genre?

Gabriela: I would. I actually have an autobiographical slam poetry book in the works right now, and I have many other genres that I enjoy reading and may want to try my hand at someday; murder mystery, a sci-fi/romance hybrid, something without a happy ending, but with a deeper message. Right now, romance has my heart, but as long as I can keep writing and coming up with fun stories, I’ll be happy.

Gabriela: I have begun both the poetry book that I mentioned above and the third book in this little series, working title: A Soldier’s Seduction. A Soldier’s Seduction revisits characters from both of my first two books and travels back into France during the war, so another tie-in, but stand alone spin-off.

KRL: Do you still find time for acting?

Gabriela: My writing never did interfere with my acting. As with any labor of love, you find or make the time to do both if it’s what makes you happy.

Gabriela: The most direct avenue is on amazon.com, but it is currently also being sold at the boutique All Things Fresno near the Warnors Theatre downtown. And if you purchase a hard copy and want it signed, just message me at my novelist Facebook page and I’m more than happy to coordinate something.

To enter to win an ebook copy of A Count’s Caress, simply email KRL at krlcontests@gmail[dot]com by replacing the [dot] with a period, and with the subject line “Count,” or comment on this article. A winner will be chosen January 10, 2015. U.S. residents only. If entering via email please include your mailing address, and if via comment please include your email address.

Lorie Lewis Ham is our Editor-in-Chief and an enthusiastic contributor to various sections, coupling her journalism experience with her connection to the literary and entertainment worlds. Explore Lorie’s mystery writing at Mysteryrat’s Closet.

You can also help support us through
our friends at Untreed Reads! They will donate
$2 to KRL for ALL of the paperbacks and
hardcovers that people purchase from
them, just enter our code (KRL) during checkout.
Click here to visit their website.
VIP Realty California
If you are fond of traveling and want to find functional car racks and carriers check Rack Advisor and look at the professional experts’ reviews.
Check out our sister site KRL News & Reviews for more articles
Check out our Mysteryrat’s Maze & KRL Merchandise on REDBUBBLE
LEE'S SERVICE 1445 “I” Street-Reedley 5774 Toyota Place-Fresno 638-3535 & 276-3535 Tires-Auto Service Click here for valuable coupons
Click here to support KRL with a donation